7 Advantages of Desktops Over Laptops and Mobile Devices. 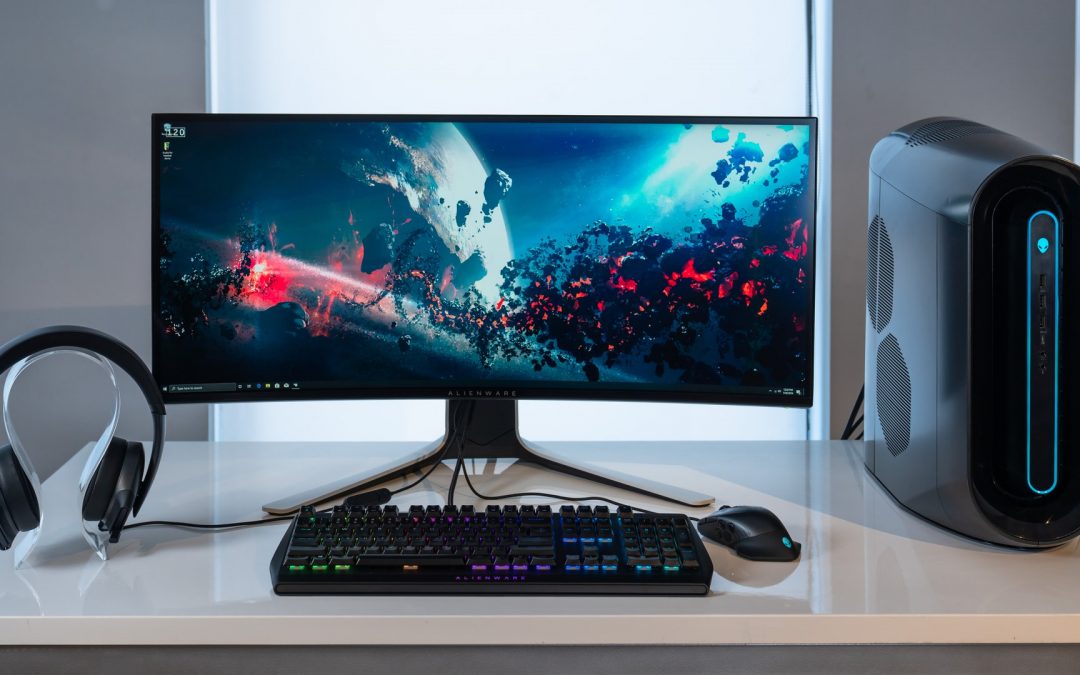 Desktop or Laptop? What is Your Personal Choice? 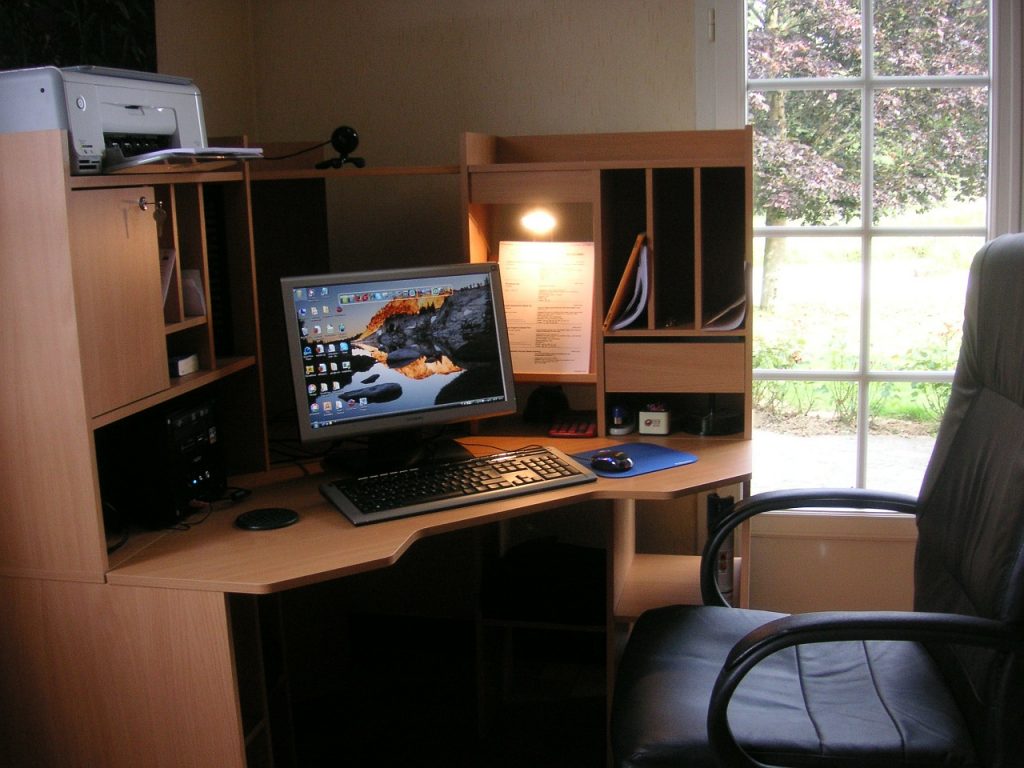 Desktops vs Laptops The Pros and Cons

Should you work as a sales representative, a doctor or a corporate executive that needs to check emails and access information online while on the move a laptop or tablet is a great device for doing so.

However, the advantages of desktop computers far outweigh investing in a laptop when you are office-bound, even though mobile devices are convenient to conduct business on the move when necessary while travelling for your job.

Firstly it goes without saying that mobile devices like laptops notebooks and tablets with large screens are expensive, but there are many negatives when you compare them to your sturdy home office or personal desktop computer.

Let us make some comparisons and investigate the advantages of desktop computers and note the disadvantages of laptops besides the big thumbs up for being portable more than anything else.

You will then see why desktops are still going to be around for many years into the future even if you believe that their lifespan is limited.

If you are waiting for laptop prices to come down, don’t hold your breath. Desktops are and will always remain far cheaper than laptops. To outfit your office the advantages of desktop computers are they are a fraction of the price of laptops and notebooks.

The same applies when you need to have repairs done to a desktop computer. Mobile laptops, tabs, and notebook parts are expensive as are the services to have them repaired because of their compact designs manufactured to make them fit into smaller devices.

Desktop computer components on the other hand don’t have to be nearly as small or fit together like small picture jigsaw puzzles.

A roomy desktop computer is easy to work on while parts are also inexpensive as well and certain parts are inter-changeable rather than having to stick to a specific name brand.

Your desktop processors, graphic cards and power supplies are a lot more powerful than the corresponding average models of laptop processors and graphics features. This is because the hardware in a desktop does not have to be compact like that in mobile devices as well.

Laptop processors are compact and designed to generate less heat and use less energy to make your battery life last longer. A big plus advantage of desktop computers is no battery needed effective cooling systems and easy to upgrade when you need to.

Desktop computer processors are plugged into your power at home or at the office with cooling fans and other features for keeping them running at cooler temperatures and increasing computing efficiency. Due to this fact processors can run at higher speeds and the overall operating of desktops remains efficient for computing and gaming. 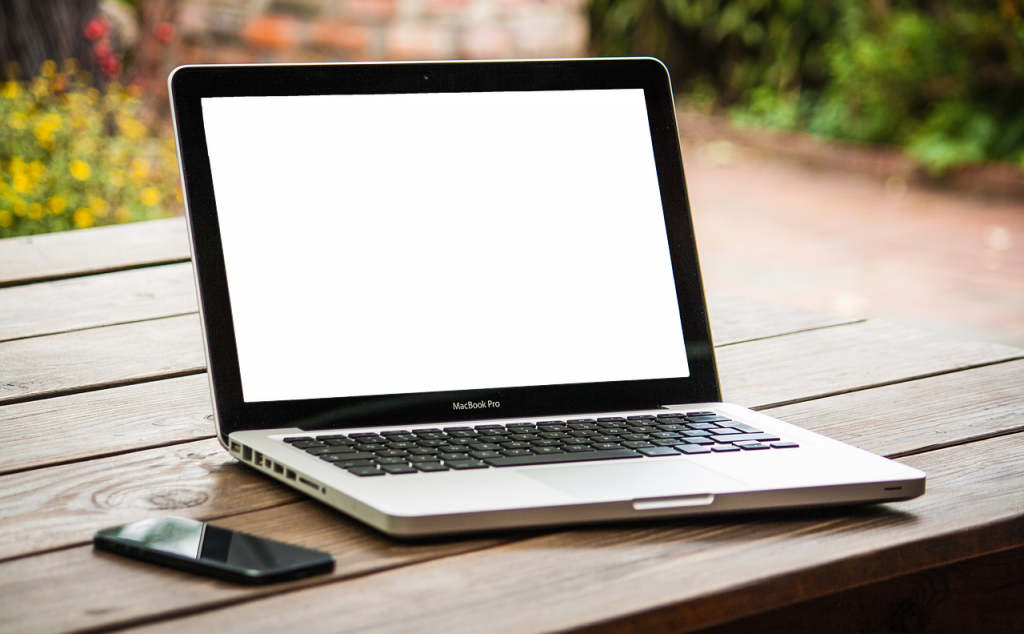 It is easier to upgrade desktop computers than it is a laptop and not only that you can use external devices like headsets, hard drives and other USB peripherals. Newer laptops have a minimum of USB ports and HD outputs as they are designed to be more compact while desktops can come with up to 8 USB functional ports.

A further advantage of desktop computers is that they offer many additional connectivity options that you would have to pay a small fortune to have on a high-end laptop.

Larger screens on desktops make it not only easier to read games or work on but also have been proven to help productivity compared to smaller laptop screens. Desktops also provide additional screen inputs as some laptops do but battery life will be diminished when doing so.

At writing this article the biggest laptop screen was around 18 inches which make it already a bulky device for mobility, but there could have been new developments in screens as of late.

Desktop screen sizes are multiple options right up to upgrading the options so that you can even work on your home TV if you wanted to with the right hardware and suitable cables and graphic cards upgrades.

Desktop computers have been built to take on graphic cards for heavy applications and gaming, and with these upgrades, you can use multiple monitors and if you like, you could even go as far as operating on 3 and even four screens simultaneously.

Although there are high-end gaming laptops expect to pay premium prices for these compared to desktops.

The advantages of desktop computers are they allow you to enjoy playing computer games in an infinite choice depending on your hardware, and it is simply upgrading a desktop as games become more featured whereas with laptops it is extremely expensive.

Gaming, watching videos or other entertainment on a laptop will quickly eat up your battery time and for gaming on mobile devices and laptops, higher processing speeds mean more heat and energy on laptops.

Your laptop has a higher chance of getting stolen or damaged due to its mobility, while your robust desktop computers wait patiently for you to come home, or will always be there at the office and they will be there where exactly where you left them.

Laptop bags can be dropped causing screen or component damage, keyboards can get spilt on while laptops are being used causing massive damage to the mobile device all of which would not happen with a desktop. 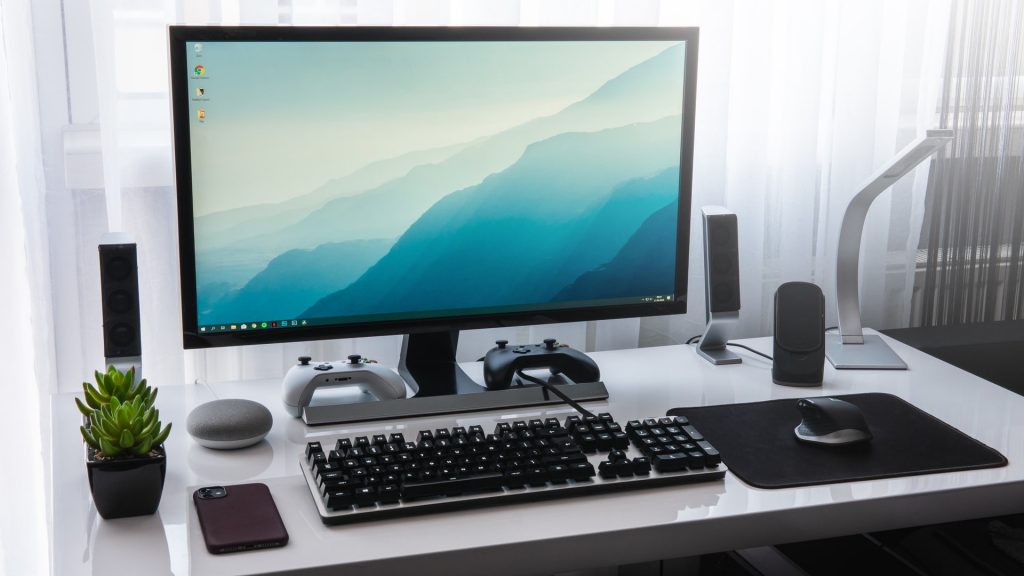 The overall lifespan of a desktop computer is much, much; more than a laptop while during the lifetime of both, a laptop will undergo more repairs than a desktop ever will. Laptop battery life and constant charging and discharging will mean you will require replacement batteries while plugging and unplugging laptop chargers will mean replacing cables and chargers a few times as well.

Conclusion of Advantages of Desktop Computers over Laptops.

Before you dash out and buy a laptop because you think it is a prestige item to own rather than because you REALLY need mobile functionality think of the advantages of a desktop over a laptop above first.

For some people like executive business people, doctors of those that really need to access the internet and other information on the move it can be said it is fair enough paying the high cost of laptops.

For others that want small business or home computing convenience rather invest in a sturdy desktop which will be a far better investment overall.